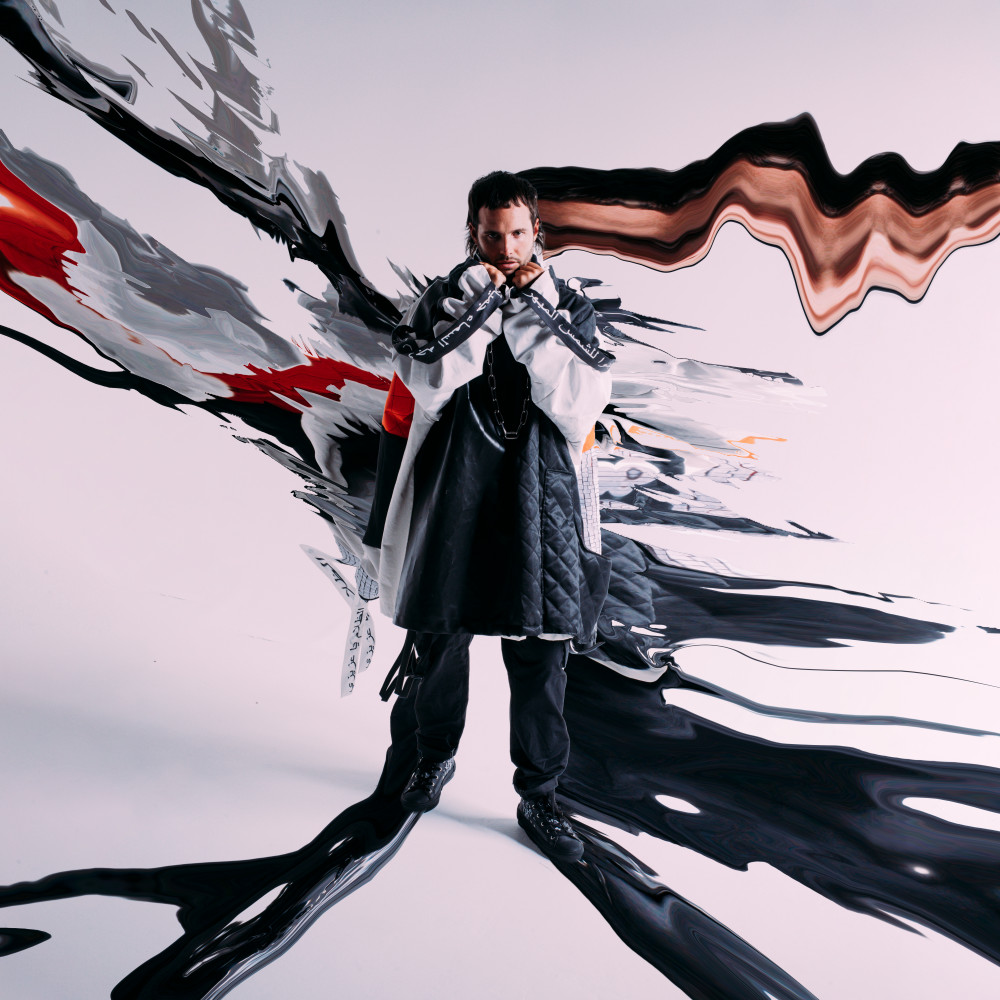 Three years ago, Chris Emerson, better known as What So Not, rediscovered the dancefloor. Not as the accomplished artist and producer that he is, or even as a DJ. Emerson purposefully returned to the dancefloor as a participant, so he could experience the music from the other side of the stage. Looking and listening and dancing, soaking up the energy of the crowd, he brought everything back to his second album, Anomaly.“I was having the year of my life,” says Em...

Three years ago, Chris Emerson, better known as What So Not, rediscovered the dancefloor. Not as the accomplished artist and producer that he is, or even as a DJ. Emerson purposefully returned to the dancefloor as a participant, so he could experience the music from the other side of the stage. Looking and listening and dancing, soaking up the energy of the crowd, he brought everything back to his second album, Anomaly.

“I was having the year of my life,” says Emerson of that time. “I wasn’t thinking about streams and playlists. I wasn’t sitting at my computer or on my phone or at meetings. I would never hang out at gigs. I was always working in my dressing room, building a set, or finalizing an edit, or checking a mixdown, or finishing a song, trying to fit it all into the set.

“But I realized how important it is to experience everyone moving in unison and feeling something. I went big wave surfing in Tasmania where I could have died. I took every opportunity presented to me, every experience. I started living my life again, to the highest level imaginable, and that has really come out in the music on Anomaly.”

Emerson released his critically- and commercially-acclaimed debut album, Not All the Beautiful Things, in 2018. He headlined his own venue tours of North America and his native Australia. Since his first release in 2011, Emerson has racked up gigs in over 70 countries. He counts Rüfüs du Sol, Skrillex, RL Grime, Toto, Run the Jewels, Flux Pavilion, Noisia, Daniel Johns, San Holo and Jagwar Ma among his collaborators. He collected the Australian Independent Record Award for Best Independent Dance, Electronica or Club Single for his song “Beautiful” featuring Winona Oak. He is looking at a billion streams in his rearview.

Says Emerson, “I had to get out of the cycle of the touring artist life where you feel like you’re forever chasing your tail. I was winding down from touring and started asking myself, ‘Who am I now? Where am I going? What am I doing?’”

For most of 2020, Emerson lived on the beach in Australia, alongside a dozen or so creatives working in a cross-section of mediums from visuals to design to music. In this artist commune of sorts, without deadlines or commitments, he explored new genres of music, new ways of creation, new production techniques, new sound designs, new equipment, all the while taking recommendations from his fellow artists. From books and films to live performances and interviews, Emerson went from being isolated in his What So Not world, to becoming completely immersed in artistic stimuli.

“It was a big reset,” says Emerson. “I started from zero again and it helped me shape a lot of this album.

“Anomaly is the natural evolution of Not All the Beautiful Things,” he continues. “I was very sad at the time of [Not All the Beautiful Things] and I was working out how to feel normal again. That album was like therapy. Anomaly is more high energy and empowered. It is the first time I feel confident being myself and living a life again. Not the life of a musician that performs around the world, but the life of someone who is really living, experiencing the cities, festivals and sites I travel to.”

The album was created in various parts of the world: The Netherlands, Nicaragua, Germany, Australia, Atlanta and Los Angeles. What each of these locations had in common was a creative ecosystem which Emerson seamlessly became a part of. Everything he was around was inspiring ideas and being fed into what would eventually become Anomaly.

In every city, Emerson connected with different collaborators. Oliver Tree and Killer Mike converge on the slow grooves-into-low-slung beats of “Mr. Regular.” Louis the Child, Captain Cuts and JRM meld on the soul strains of the pop-flecked “On Air,” which is centered around sounds from a plastic toy flute. MØ floats over the fluttering synths of “Mercy”—a stripped down version of which appeared on her 2018 album, Forever Neverland. The DMA’s brought their ‘90s Britpop sensibility to Emerson’s skipping breakbeats on the first single, “The Change,” and EVAN GIIA brings a dark texture to the constrained and eerily emotional “Messin’ Me Up.” Emerson himself sings on the mantra-like album opener, “Alive.”

Anomaly rifles through genres, dipping into everything from melodic bass and bombastic drops to cinematic builds and skittering beats and even classic rock styles. These are neatly pulled together with Emerson’s crafted production techniques. The eclectic nature of his original music is a reflection of his wide-ranging and unpredictable DJ sets, where nosebleed drum ‘n’ bass can be heard alongside the Pixies and, as the intense reaction of his audience attests, it just makes sense.

The songs might go through a number of iterations before the final versions heard on Anomaly. The album was fleshed out and refined over a seven-month period during graveyard hours in ShockOne’s legendary drum n’ bass studio in Perth, Australia in 2021. Here, for the first time on a proper system, Emerson was able to tweak previously inaudible sonic complexities in his music for countless hours.

“I’ll have an idea for a song and I know there’s something absolutely gold in it,” says Emerson. “But, I either don’t have the personal experience or the technical experience to turn it into what it deserves to be and that takes time. You might not find that missing piece for three or four years. I believe that gives you the time to develop yourself as a person and as an artist. ‘Mr. Regular,’ for example. I wrote with Oliver Tree in 2015 and it got Killer Mike on it in 2021 and it’s being released in 2022. It never would have existed like that if I just rushed it out.

“I'm not making something that's going to phase out,” he continues. “I'm not following a trend. I’m doing what I personally feel so I'm never worried about something coming out years later because it's still going to sound fresh and interesting.”

Emerson is as forward-thinking as he is timeless. He has created a 3D animated film, also called Anomaly, that matches up with the songs on the album and is being released in tandem with it. The film takes place in an indeterminate time in the far future and is a metaphorical representation of Emerson’s own life as an ordinary boy growing up in a small town who travels to the big city to explore its possibilities.

The central message of the film is finding your calling, the importance of your existence and how you impact the world. The narrative works as one piece, or as individual music videos. The film will be screening in boutique theaters in cities where the Anomaly tour hits, viewable the day before Emerson’s shows.

Says Emerson, “The exciting part is, the audience has familiarity with the characters and the universe from the film. We can then take all our characters, scenes, backgrounds and locations and bring them into any online space: a VR festival, a video game festival, NFTs.

“The other component of it is, extracting every piece of this film and repurposing it to have the most impact on stage. Rather than playing a video everyone’s already seen, we can track the movements of a professional dancer performing a scene and have that be projected as a giant robot on screen.”

Into the second decade of his career, Emerson is as enthusiastic and inspired as he was at the start—with the benefit of self-reflective insight and a wider world view.