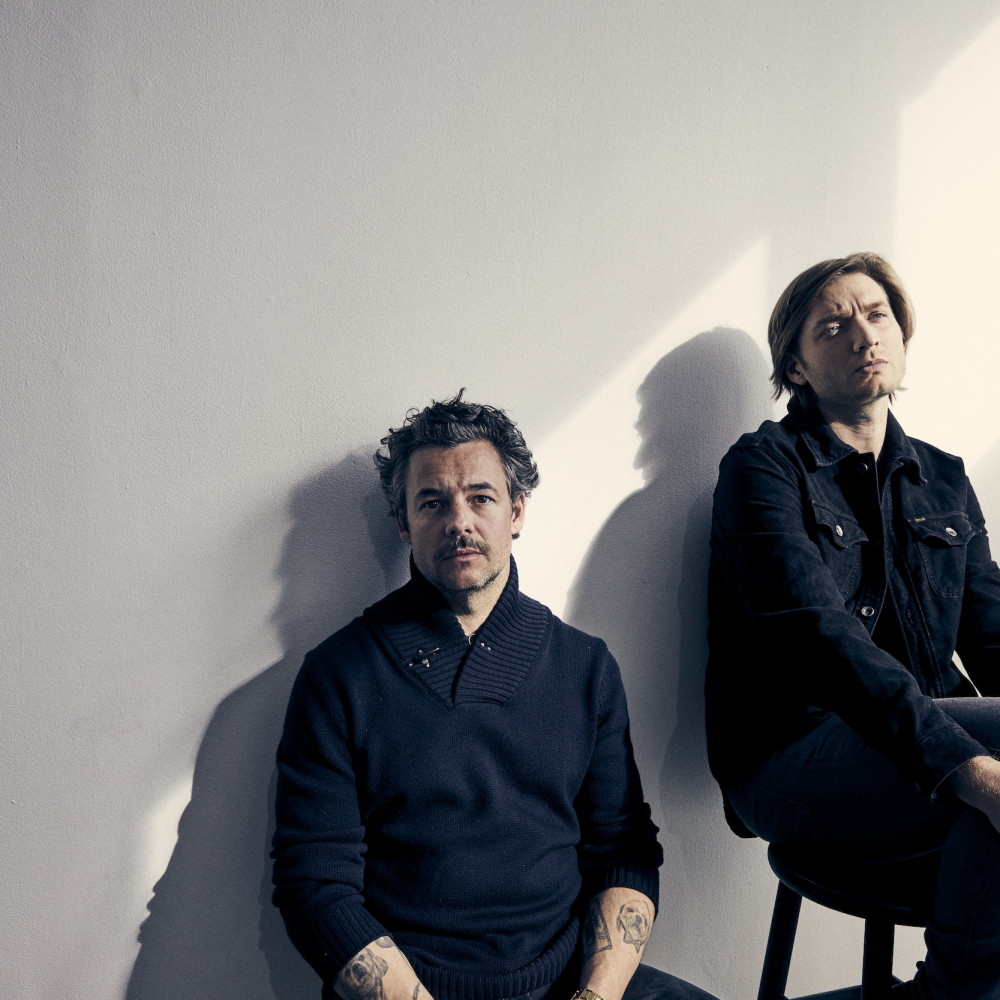 Some songs have the strength to turn every human into a hero, with lyrics so bright-eyed and melodies so universal they lift a crowd of sweaty clubbers into a stadium’s worth of energy. These are songs about togetherness and trials won by love, and these are the kind of songs The Midnight delivers on its fourth studio album Heroes; the final chapter in a trilogy of human life that started with 2018’s Kids and culminates in an international tour that sees th...

Some songs have the strength to turn every human into a hero, with lyrics so bright-eyed and melodies so universal they lift a crowd of sweaty clubbers into a stadium’s worth of energy.

These are songs about togetherness and trials won by love, and these are the kind of songs The Midnight delivers on its fourth studio album Heroes; the final chapter in a trilogy of human life that started with 2018’s Kids and culminates in an international tour that sees the duo transformed into an electrifying five-piece band.

From its synth-heavy beginnings to arena rock chords and infectious pop hooks, The Midnight’s musical journey is one fueled by insatiable curiosity. The duo lives at the intersection of varying paths, driven by the frictional spark that fires when Southern-born singer-songwriter Tyler Lyle melts his all-American dreamer tales with Danish-bred drummer and producer Tim McEwan’s cinematic soundscapes.

Together, they form something deeper than just house, vibier than pop, and altogether more exciting than the sum of its parts.

“Tim comes from a different culture, different taste, different sort of musical firmament,” Lyle says, “and what we have in common is that we like good songs.”

Lyle got his start in the folk song traditions of the American south. Raised by a music minister and mobile home salesman, he cut his teeth as an entertainer leading the choir in a small town Methodist church. Dreaming big, he moved to Paris after high school and studied philosophy. When he returned to follow his musical passions in Atlanta, he found his folk sound gaining attention with major labels who sought him to write for stars in LA.

That’s how he first met McEwan, who was raised not in the bright lights of Hollywood but in Denmark. His own father is a drummer, both parents are actors and entertainers, and they supported McEwan’s musical passions, as did his country. A state-funded program helped the budding producer hone his skills. After graduating, he moved to London and had a hit on pirate radio, but it was years later in Copenhagen that he’d find success with the publishing team that brought him to the U.S.

Lyle and McEwan connected from the moment they first met in a Los Angeles studio. What was meant to be a session for others turned into pure creative spontaneity. The new friends stumbled onto a sound all their own, penning “We Move Forward” in a few hours time. The song became a favorite on The Midnight’s debut EP Days of Thunder, released in 2014.

Within that single’s euphoric rhythms and bittersweet synth lead are the seeds of The Midnight’s signature style. It’s powerful and hopeful, matched with Lyle’s romantic and philosophical observations of everyday feeling, a theme that continues on the intimate sonic portraits that Heroes paints.

A dramatic, nostalgic streak runs throughout their catalog, from the retro-futurism of debut LP Endless Summer through to the introspective musings of 2018’s Kids. That sound got bigger and brighter as The Midnight dug into even deeper emotional depths on 2020’s Monsters, finding more confidence in their songwriting. The pair was even tapped to score for a major motion picture, and although the project did not come to fruition, it further proves the band’s decidedly theatrical energy.

Through the years, the band’s sound and presentation continues to evolve, as influenced by the live performance and connection with the audience as by the internal need to grow.

“As a creative process, it's always a ‘what feels new and fresh to me?’” McEwan says. “That's the challenge, right? Or at least for me, how my process is. It has to feel fresh yet familiar for it to feel exciting to feel creatively fulfilling.”

McEwan’s sonic tinkering is further pushed by Lyle’s lyrical explorations of self and situation. Faced with the birth of his first child, Lyle became fascinated with the development of ego and psyche, setting forth on the ambitious aim of a conceptual three-part album epic.

“I got into depth psychology and this idea of etiology, the way a human forms,” Lyle says. “The world doesn't get better but we do. We grow into ourselves. We grow into our voice … For me, Kids is self-knowledge, Monsters is self love, and then Heroes is empathy.”

Written during the isolation of COVID quarantine, Heroes faces the feeling of being alone by inviting the whole world to dance under one roof. It’s an album that celebrates the connected nature of man, the way we overcome loss by coming together under one sky and howling at the moon; drinking, hugging, laughing and singing songs at the top of our lungs.

Slivers of Springsteen, pieces of The Police, the audacity of AC/DC and the hair-raising attitude of arena rock are all mixed all up in sexy-but-sensitive sing-alongs custom built to be belted by a room full of music lovers.

“Big songs and intimate ballads,” McEwan says. “[We tried] striking that medium and hitting those ends of the spectrum; small stories combined with big perspective.”

Launched by the propulsive jolt of guitar-laden lead single “Change Your Heart or Die,” The Midnight’s next era is its biggest and boldest yet. Follow-up single “Heartbeat” builds a wall of sound with Van Halen-inspired synth leads, echoing drums, layered vocal chants and an explosive chorus. Title track “Heroes” is a sultry strut of a song, deep and moody with an uplifting chorus that sees Lyle sing about the strange modern America.

The album’s massive highs are matched with moving ballads, little vignettes of private lives like the story of a woman who works at a diner on “A Place of Her Own,” or the small town romantics set to a half-time beat on “Heart Worth Breaking.” Spanning 13 tracks, Heroes is a striking patchwork of portraits—and it will all come together when it comes alive.

After nearly a decade of work, the duo will hit new heights on stage, growing from 500-capacity clubs in 2019 to selling out London’s 5,000-person Brixton Academy and similar venues in 2022. To fill all that space, The Midnight expands its lineup with three live musicians; Lelia Broussard on bass, Royce Whittaker on guitar, and Justin Klunk on saxophone and synth.

The trio have storied histories of their own. Before joining The Midnight, Klunk has performed on stage with Saint Motel and Ariana Grande. Broussard and Whittaker work together as synth-pop band Jupiter Winter. The duo first worked with The Midnight on “Monsters,” then joined the band on stage in 2019 and 2021 respectively.

Independently, their resumes are impressive. Broussard wrote and performed a song for the 2021 blockbuster Cruella and has been featured in adverts for Nike, Google, Pepsi, Samsung and more. You may have even seen her perform on The Tonight Show with Jimmy Fallon and The Voice. Whittaker has served as musical director for rap star Megan Thee Stallion and Canadian singer Lights. Both he and Broussard co-wrote and performed a number of tracks off Heroes.

The band’s vivid sound is well-suited to full rock instrumentation, and the five-piece is more than ready to unleash the exalted tracks of the new album for crowds of fans around the world, performing them with all the participatory spirit for which they was written—because in the end, the real Heroes are and always have been you.