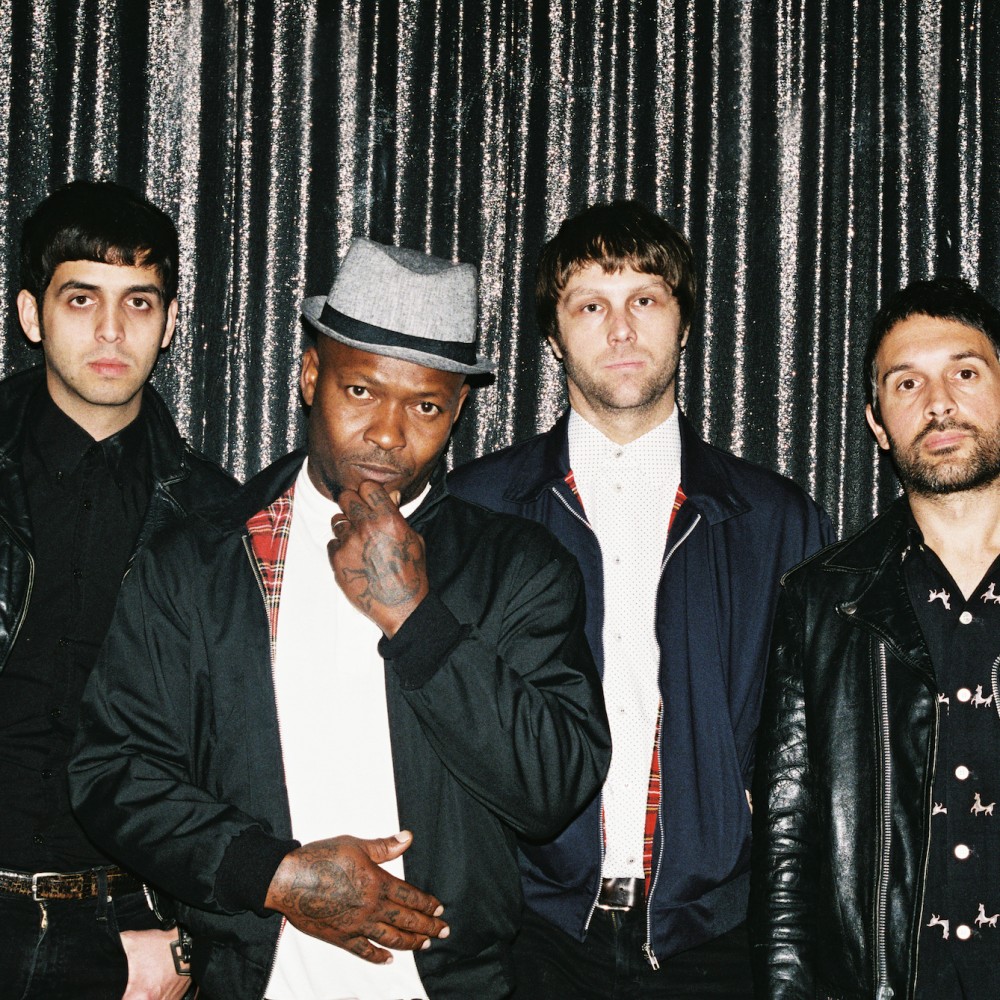 Whilst making their fourth album, The Heavy went through some dark times. There was divorce,near break-ups and the hurdles of everyday life. It all feeds into the Bath quartet’s most exhilarating record yet. “We attack all of these things,” says frontman Kelvin Swaby, “and the only way we know how to do that is by writing incredible music.” Hurt & The Merciless is the sound of a thrilling rock’n’roll ba...

Whilst making their fourth album, The Heavy went through some dark times. There was divorce,near break-ups and the hurdles of everyday life. It all feeds into the Bath quartet’s most exhilarating record yet. “We attack all of these things,” says frontman Kelvin Swaby, “and the only way we know how to do that is by writing incredible music.” Hurt & The Merciless is the sound of a thrilling rock’n’roll band fighting back.

Swaby, guitarist Dan Taylor, bassist Spencer Page and drummer Chris Ellul wanted the album to capture the powerful blasts of their live show. That life-affirming spark of rock’n’roll when anything feels possible is the feeling that sums up The Heavy’s new record. “You realise it’s worth trying to capture that human energy in the room rather than trying to generate it after-the-fact on a computer,” says Taylor. Their big breakthrough track How You Like Me Now? is a prime example of The Heavy’s ethos to date: a swaggering groove built around a sample from a song they cherish. But after a decade spent on the road watching tracks become muscular versions of their recorded counterparts, they were determined to harness their live power in the studio. “It was about trying to capture it at the source,” says Taylor.

The Heavy formed in the mid-00s. Taylor and Swaby clicked straight away when they met working in the Bath branch of Gap. Swaby, an old-school crate-digger, noticed Taylor had a copy of The Face magazine and the two started talking about music. They found they had some common influences and began introducing one another to the stuff neither had heard. Taylor was from a classic rock’n’roll background and was enthralled by being introduced to the world of hip-hop and sampling. A guitarist who had been in bands growing up, all Taylor ever wanted was to work with someone who had a brilliant voice. When he heard Swaby sing for the first time – possibly whilst both were slightly inebriated in a club – he knew he’d found his man. “I was like, ‘he can sing!’ It sounded real and authentic.”

As soon as the pair heard what happened when they combined Taylor’s dirty riffs with Swaby’s soulful voice, they sensed they were onto something. “We knew that was our sound and something we could develop,” says Swaby. After attracting frenzied crowds to their Open Mic sessions – they would put up posters around Bath advertising themselves as The World’s Fattest Twins and The World’s Heaviest Bastards - they realised they needed a proper band (and a proper name) and Ellul and Page were recruited. “As soon as you put the four of us in a room, it made so much sense it was gonna work,” says Swaby.

The relationship between Taylor and Swaby is the key to understanding what makes The Heavy tick. It’s a classic songwriting partnership: the self-assured, confident frontman taking it all in his stride and the deep-thinking, analytical guitarist. “I don’t think about practicing. I just do it, it’s within us,” says Swaby. “I take it all seriously. There’s a pressure I put on myself. It has to be really fucking good otherwise what’s the point?” adds Taylor.

If Hurt & The Merciless marks a musical culmination for the quartet, a mesmeric blend of their trademark rock’n’roll classicism and funk and soul grooves with added sonic experimentation, it’s also a personal marker in the band. Swaby, especially, poured himself into the songs. Between their 2012 album The Glorious Dead and the new record, Swaby has been married, divorced and re-married. “For me, a lot of the songs are about personal heartache and upset. I’d just been through a divorce so that’s where I was coming from,” he says. “I’d gone down this route of thinking that we needed to get married cos we had two children, and finding out very, very quickly that it was not gonna work. There’s a lot you can draw from that emotional resolve. Songs like What Happened To The Love?, Mean Old Man, The Apology were necessary, they needed to be expelled from my system.”

The sweeping groove of Since You Been Gone came to Swaby as he sat on a tour bus in America contemplating his break-up. He imagined it as a Motown song until Taylor put some dirty guitar on top. Other tracks, such as the spiky garage-rock anthem What Happened To The Love?, came together in a whirl of adrenaline. “We banged it out! That’s the best song for me because it was effortless,” says Taylor. The gospel-flecked Goodbye Baby was inspired by Taylor’s own personal crisis during a US tour, whilst the Morricone-style glide of Nobody’s Hero and thumping blues-rock of Slave To Your Love are the guitarist’s odes to fatherhood. The mariachi-tinged Miss California, meanwhile, is the story of a faded beauty queen. The live feel of its recording set the tone for the rest of the record.

Evoking the bedroom recordings of their early days, the album was self-produced and recorded close to home at The Distillery near Bath. The Distillery’s remote location, at the end of a deserted track in the middle of nowhere, gave them a focus. Swaby explains: “Living in Bath, you’re allowed to lock yourselves away and no-one will disturb you. You can get in your lab and work on something individual. It doesn’t feel like we’re being influenced by any kind of social group. Here we can be creative and experimental.” As well as sessions at The Distillery, they were also some recording stints in the studio at the bottom of Ellul’s garden. Nobody’s Hero was recorded there, and the drummer took on the job of much of the editing and programming on the album. “Chris is an amazing musician, but he’s become an incredible engineer and producer too,” says Taylor.

“The Heavy is a fragile beast but it’s a fragile beast that the four of us understand,” says Swaby. “The band has always been about taking the best part of our influences and making it work. We’ve become really good alchemists to figure out exactly what we need.” Everything they’ve done over the past decade feels like it has been leading to this point. They’ve mixed the lightning bolts of their live show with a batch of their strongest songs yet. It’s the best they’ve ever sounded.