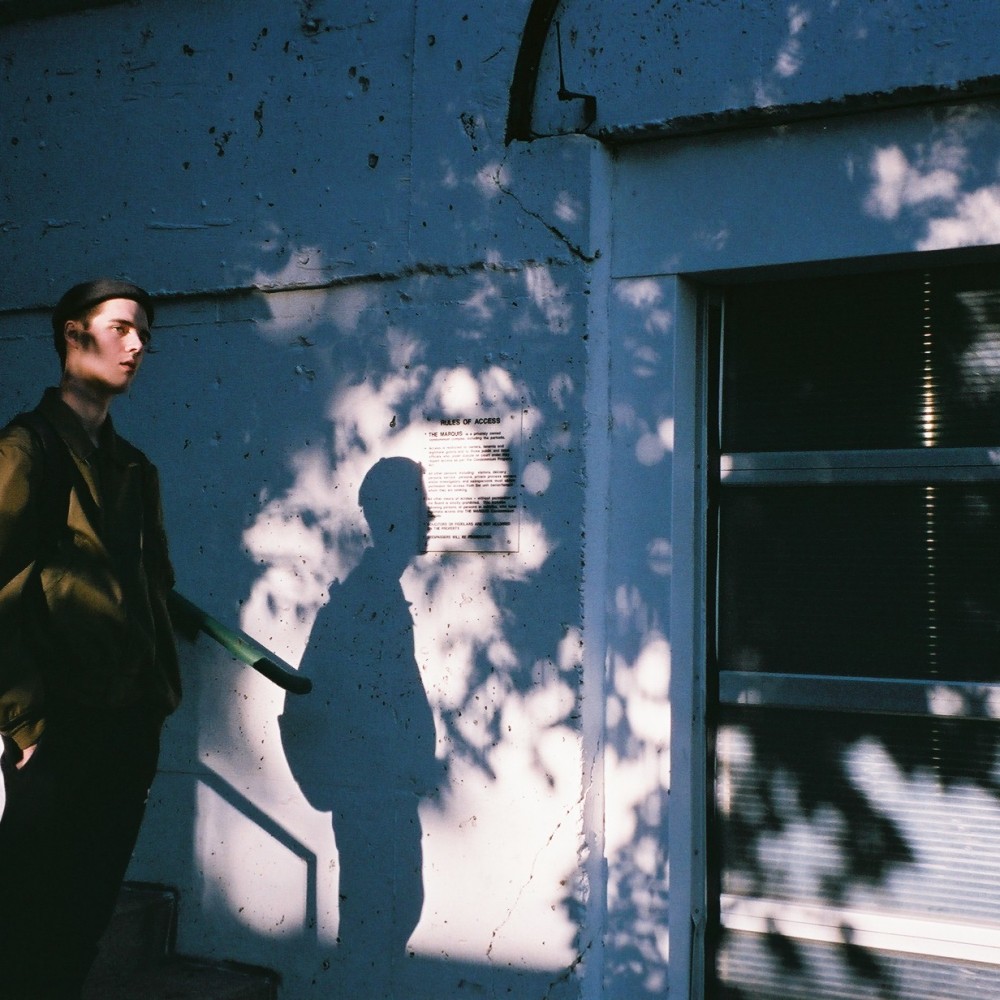 Tennyson’s talent has always been undeniable, even if he’s still discovering himself.Born Luke Pretty, his creative mind first bloomed in the basement of his parent’s home in Edmonton, Canada. His younger sister Tess has long been his partner, learning to play drums alongside his work on the key. The siblings cut their teeth on local jazz clubs, teaching Tennyson a frenetic, rhythm-based sound that would become the project’s signature.As a teen, Luke ...

Tennyson’s talent has always been undeniable, even if he’s still discovering himself.

Born Luke Pretty, his creative mind first bloomed in the basement of his parent’s home in Edmonton, Canada. His younger sister Tess has long been his partner, learning to play drums alongside his work on the key. The siblings cut their teeth on local jazz clubs, teaching Tennyson a frenetic, rhythm-based sound that would become the project’s signature.

As a teen, Luke got his hands on some production software, learning the ins and outs of digital audio workstations by copying the sonic tricks of his favorite songs. These intellectual covers were posted to Soundcloud under the Tennyson name, and he soon amassed a following.

Seeking an identity, Luke mixed complex beats with cutesy melodies, building songs with a sophisticated yet childlike feel. Tess played the audacious drum parts on stage while Luke cued the melodies and sometimes sang. The dichotomy of skill and youth was impressive, making the brother-sister duo quick darlings of the experimental electronic world.

The 2015 Like What EP was an indie favorite that led to future releases with scene luminaries Mr. Carmack and Skrillex, but it plays awkward as baby pictures in Luke’s mind.

“[The cute thing] was working for a while,” Luke says. “I don't know if it was genuine, though.”

Every 20 year old is trying to find themselves, but Luke was searching his soul on record. What came next was a period of revolt. Different Water, released in 2019, rejected the innocence of previous Tennyson tunes in favor of fabricated depth—or at least, that’s how Luke remembers it.

“It was really just dry and not enjoyable to listen to,” the producer laughs. “I felt like I'd wasted a lot of time working on it … Then I was like, ‘I need to make music that's creative and exciting and meant to be enjoyed by people.’”

Nine months later, the Telescope EP dropped on Counter Records, and something started to fall into place. A happy medium between the project’s early sunshine smiles and matured point of view, those six songs showcased a growing understanding of pop structure without forgoing Luke’s jazzy roots. It was a release fans could really sink their teeth into—and then everything collapsed.

We all know where we were when the COVID-19 quarantine was announced. Tennyson was in his childhood room, but his world was crumbling for other reasons.

“I started doing jumping jacks on my floor before a run, and it sounded like a water bed,” he says. “There was mold in my basement all under the floor; yellow and black, all sorts of colors. I had a cough for three months and had not known.”

Forced out of his room, he moved into a “gross” airbnb while his dad ripped up the floorboards, but the trouble didn’t end there.

“My ears were ringing like nothing I've ever experienced,” he says. “Everything was twice as loud as it should be. I thought my life was over. I couldn't wear headphones. It was just too uncomfortable.”

Soaked in sudden existential dread, fighting for his livelihood in the midst of a global pandemic, Luke found solace in what he knew best. He wrote songs on his computer, more to keep his hands busy than thoughtful expression.

“I was working on these tiny little speakers and making what I thought was garbage,” he remembers, but when he moved back into his newly renovated room and listened back to the music, the melodies made him cry. “It sounded like what I went through,” he says.

Rot is a musical diary of a brain gone sideways, the sound of a young artist on the brink of his own disaster. Ironically, it’s also the moment Tennyson’s voice falls into place. Literally speaking, Tennyson puts his vocals on nearly every track, save one that features Rae Morris, but it’s also a metaphorical milestone.

“I feel like I figured out how to be a normal artist,” he says “I have a way better handle on basic concepts … especially lyrics.”

The songs of Rot still have that signature Tennyson charm, but the beats are a little simpler and the hooks a bit catchier. If it sounds tame in any way, Luke blames his ears.

“I just didn't have the same tolerance to listen back to something over and over again that was like grating, and I still wanted impact,” he says. In lieu of frantic drums, we get dramatic dynamics and emotional weight. It’s pop music for misfits, the quirky protege almost all grown up.

“I'm starting to get more of a sense of what my skill set is,” he says, “Somehow, I've gotten a pretty strong handle on controlling sound in a very specific way. I don't think it's genius or sparks or something. I think I'm just looking at the right things by luck.

“To be honest, my whole nervous system and general sensory input is still really broken,” he laughs, “but I'm kind of fine with it. It doesn't bother me anymore.”