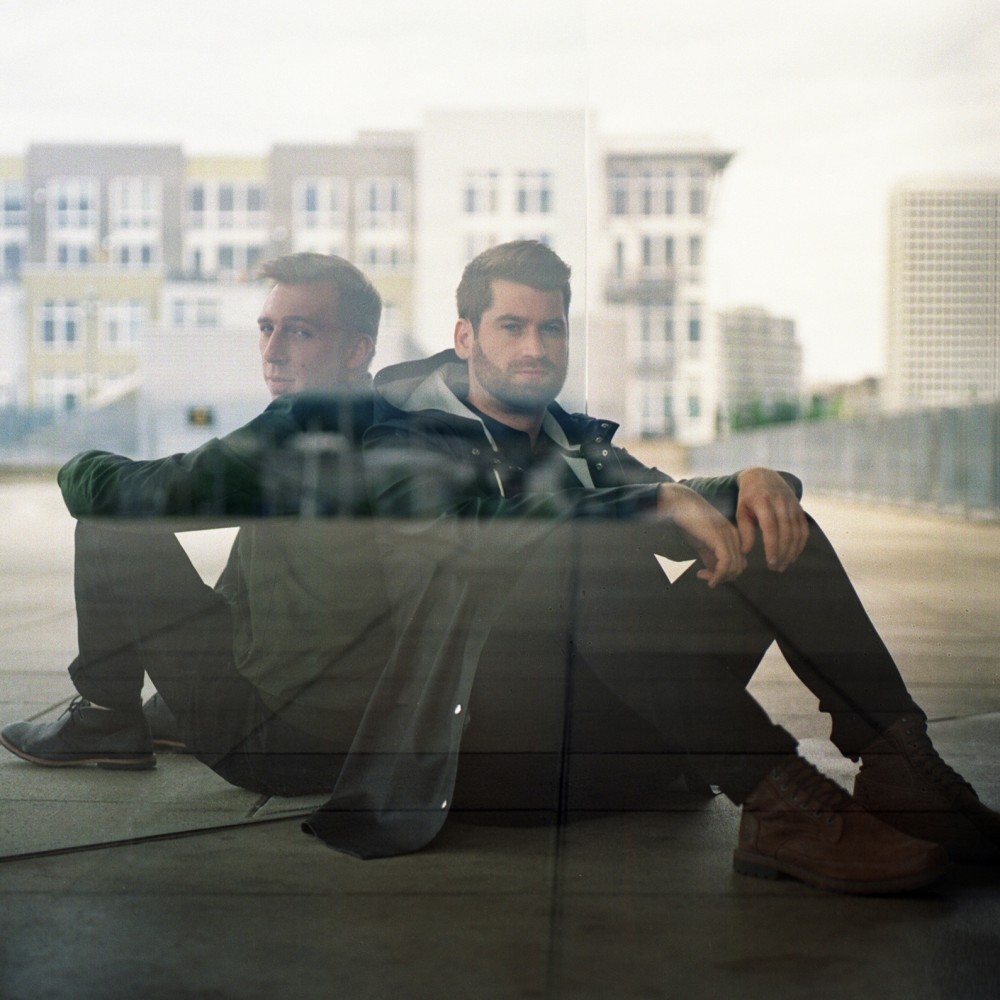 Harrison Mills and Clayton Knight have earned a GRAMMY nomination and Gold singles in the U.S. and Australia while racking up 29 Hype Machine #1s (most recently for "Late Night"), over half a billion combined Spotify and YouTube plays, and over one billion plays on Pandora. With two full-length albums to their name, the Seattle-based production duo creates atmospheric, cinematic music blurring genres and musical styles while incorporating live instrumentation into their pe...

Harrison Mills and Clayton Knight have earned a GRAMMY nomination and Gold singles in the U.S. and Australia while racking up 29 Hype Machine #1s (most recently for "Late Night"), over half a billion combined Spotify and YouTube plays, and over one billion plays on Pandora. With two full-length albums to their name, the Seattle-based production duo creates atmospheric, cinematic music blurring genres and musical styles while incorporating live instrumentation into their performances. They recently sold out a two-night stint at Red Rocks (19k tickets) in under an hour, and have sold out every show in 2015 and 2016 while headlining festivals around the globe.

In 2012, a striking new voice emerged from the wider surge of electronic music in the U.S. ODESZA’s Summer’s Gone stood out from the crowd; it was a collection of songs, not just beats; and its irresistible, startling dreaminess, addictive drums and fathoms-deep bass set it apart from the by-the-numbers brutality of EDM’s also-rans. In an age of manufactured internet buzz and carefully plotted hype, ODESZA’s story was refreshingly authentic: A brilliant new duo unveiled their music on the internet, and the world paid attention.

Harrison Mills (aka CatacombKid) and Clayton Knight (aka BeachesBeaches) began recording together after meeting at Western Washington University. There was instant chemistry, and the pair worked prolifically, quickly carving out a distinctive, heady sound: glitched-out vocals, soaring, visceral melody and ear-gripping drums.  Two songs from Summer’s Gone – “How Did I Get Here” and “iPlayYouListen” – instantly leapt to number 1 on the Hype Machine Popular Chart. ODESZA began to make evangelical fans, with word of their music setting the world – both real and virtual – alight.

2013 saw the release of the My Friends Never Die EP, with three of the five tracks hitting #1 on Hype Machine. Relentless touring followed, including dates with Pretty Lights and Emancipator and numerous festival performances including Sasquatch Music Festival and Lightning In A Bottle. Thrown in at the deep end, ODESZA quickly honed a live craft to match that of their recordings.

The duo was playing to larger and larger crowds when Pretty Lights asked them to be the support act on his fall tour, and to remix "One Day They'll Know," which also hit #1 on Hype Machine and #8 on the iTunes Electronic Chart.  Later in 2013, ODESZA selected their favourite producers for a follow up remix EP, My Friends Never Die Remixes, and launched the ambitious, ongoing mixtape series NO.SLEEP.

February 2014 brought the release of the ODESZA single “Sun Models (feat. Madelyn Grant,)” taken from the duo’s forthcoming second album. This song continued the trend they’d set previously, and it too hit #1 on Hype Machine.  In March 2014 ODESZA’s remix of Pretty Lights’ “Lost And Found” was released on the DIVERGENT movie soundtrack, and (you guessed it!) hit #1 on Hype Machine.

Harrison and Clayton headed back into the studio, putting the finishes touches to their forthcoming second album, before setting out on a sold out North American tour in Spring, culminating in a performance at Coachella. Not wanting to leave their growing legion of fans wanting, the duo’s remix of ZHU’s hit “Faded” was released, taking their #1s on the Hype Machine chart straight into double figures.

Summer 2014 saw ODESZA visit Australia to play a series of live dates, before heading back to North America for festivals, and to polish up and master their now hotly anticipated sophomore album.

And finally that brand new album is here. In Return has more than just delivered on the promise of ODESZA’s previous work. A record with a precocious maturity and coherence, it’s a start-to-finish stunner of pop-infused, electronic wonder, littered with infectious hooks and potent atmosphere. Vocal performances from Zyra, Py and Shy Girls accompany that of Madelyn Grant on Sun Models, expertly worked into ODESZA’s trademark, mood-altering uplift.

ODESZA developed a new live performance to accompany In Return, ensuring that the shows did full justice to the album. Their work ethic and constant evolution resulted in a sold out headline tour of North America last fall and set them up for a successful first European tour. 2015 brought an even more ambitious live production which ODESZA unveiled at every major music festival across the United States.

One of the stunning aspects of ODESZA is the speed with which they’ve created a large, devoted fanbase – testament to just how refreshing, immediate and exciting their music is. To date, ODESZA has earned 16 Hype Machine #1s, amassed over 35 million SoundCloud streams and 15.3 million Spotify plays in the last 60 days, and been licensed by Adidas, GoPro, Piz Buin and many more. In Return debuted at #1 on the Billboard Electronic chart, #42 on the Billboard Top 200 chart, # 1 on the iTunes Electronic Chart where it spent 15 days in a row, cracked the iTunes Electronic Chart Top 10 in 7 other countries outside the U.S., and reached #20 on the iTunes Overall Albums chart. Their breakout single, "Say My Name (feat. Zyra)," reached #1 on the Hype Machine popular chart twice, #1 on the Spotify US Viral Chart, #2 on the Spotify Global Chart and was named iTunes Single of the Week in many countries around the globe. The “Say My Name” video was named a Vimeo staff pick and saw airplay on MTV Hits, MTVU and Fuse. ODESZA has also been commissioned to make remixes for Charli XCX, Angus & Julia Stone and many more to come.

That’s a lot of people paying attention! In Return is everything fans might have hoped for and then some: An album that places ODESZA firmly in the vanguard of electronic music’s coming of age.

“Despite the many voices featured on the album, the sound is unified under a groove, built on ODESZA’s multi-layered melodies, spaced-out beats and cinematic charm.” - TIME

“Every track off of their latest album In Return hangs between blithe, ethereal spaces and thumping percussion, like fuzzy clouds punctuated by dope-ass thunder. The duo keep things unpredictable, never relying on same beat for too long, their music making you feel as if you’re being teleported into the future that's nostalgic for the past.” - Noisey

“Mixed in with their classic approach are a number of choice guest appearances and snazzy experiments that push the limits of their sound.” - Seattle Times

“There’s a certain finger-on-the-pulse feeling with ODESZA. Their grasp on the direction of electronic music sets them apart and they’re becoming the gold standard of acts born from sounds exchanged on the internet.” - Paste Magazine

“ODESZA has already demonstrated the ability to take root in the future and garage house genre as a power team to watch, and continues to showcase their forward thinking ear for the genre’s sound.” - Dancing Astronaut