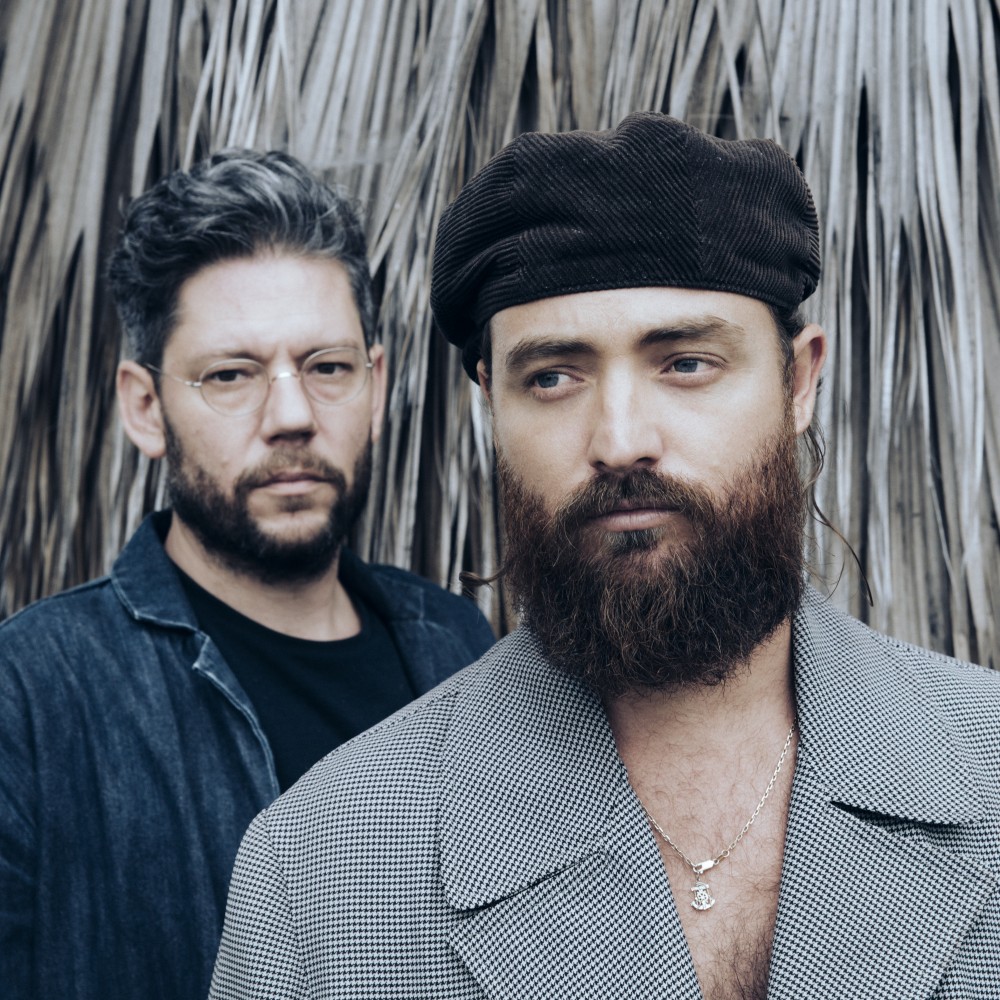 Though they come from quite opposite ends of the spectrum, there’s a tangible sense of understanding and appreciation between Howling’s two members, singer/producer/cult artist RY X and producer/live electronic artist/label owner Frank Wiedemann. The former hails from a background of folk-pop songs that revolve around freeness, nature and simplicity; the latter remains a king in the underground as 1/2 of  me, wit...

Though they come from quite opposite ends of the spectrum, there’s a tangible sense of understanding and appreciation between Howling’s two members, singer/producer/cult artist RY X and producer/live electronic artist/label owner Frank Wiedemann. The former hails from a background of folk-pop songs that revolve around freeness, nature and simplicity; the latter remains a king in the underground as 1/2 of  me, with layered productions that build around a tight 4/4 structure. One had a wild bohemian upbringing in remote Australia; the other grew up in Karlsruhe, a forward-thinking hub of science and technology in Southwest Germany. One lives in Los Angeles, the other 9 hours ahead in Berlin.

Despite being from different worlds in every sense, RY X and Frank’s musical influences are remarkably aligned (ranging from Nirvana to Steve Reich to Ravi Shankar to classic soul) – and, so are their creative mindsets. Both artists’ backgrounds meld together to create productions that transcend categorization: subtle yet deeply moving songs that glisten with divine instrumentation and percussion. Howling productions have an organic thread running throughout, down to their very first collaboration (the track ‘Howling’): a test experiment that turned into an award-winning underground anthem. Initially a simple guitar/vocal sketch that Ry sent to Frank for fun, Frank instantly took to it (adding “a little bit of a drumbeat, but very carefully”), and within a few days started testing it in his live sets to thousands of rapturous clubgoers. After Dixon closed his Boiler Room set with the track in early 2012, a wild viral demand forced them to release the single through Frank and Dixon’s iconic label Innervisions.

Ry Cuming grew up on a small island in Australia called Angourie, with 10 kids in his elementary school, and a childhood split between living on a sustainable farm and surfing high waves. When he left his island (which, for the record, had a total population of 170 people in 2006) to focus on his solo musical career, he was discovered by a major label in Costa Rica and flown to LA to record his album. The major label process was jarring for Cuming; but, over a decade since first arriving in LA, he continues to reside in the city, working on ever-evolving solo work (including his 2019 album, Unfurl, which received praise from the likes of The Guardian, Clash and DIY), and his band, The Acid - another side project with producers Adam Freeland and Steve Nalepa, who were commissioned to create a multimedia film, “the bomb”, about nuclear warfare in 2017. The film was performed live at dates worldwide including Glastonbury and the Nobel Peace Prize, as well as being featured on Netflix. In a solo capacity, Ry has toured internationally with his music over the past decade being the first to play in unique venues such as the Notre Dame in Luxembourg and in the mouth of caves in the fjords of Norway.

Meanwhile in Karlsruhe, a young DJ named Frank Wiedemann befriended a record store owner, Kristian Beyer, who introduced him to the world of House music. The duo began DJing and producing deep 4/4 club tracks as  me; and, off the back of their massive 2006 hit ‘Rej’, began lighting up dancefloors worldwide. With a background of playing in Jazz and rock bands, it became natural for Frank to start playing live electronic sets, improvising and programming on the fly. In addition to his constant work with  me and Innervisions (the label he runs with Dixon and Kristian), and the soundtrack he co-scored with Modeselektor for 2018 film “Symphony of Now” (an ode to Berlin nightlife) two of Frank’s most recent projects is raising his young children.

RY X and Frank cemented their unique musical relationship with their 2015 debut album, Sacred Ground. The record started with two shows, at a Berlin radio station and Watergate, that marked the first time they’d ever played together – and, where they struck upon a natural chemistry. The rest of the record flowed naturally from there, with songs recorded in a series of different environments: a ceremony space in Topanga, CA surrounded by deep forest (hence their lush track ‘Forest’); amongst the WMC madness in Miami; in rehearsals in Zurich; and even on Frank’s farm in South Germany, beside the placid waters of Lake Constance.

Their second album, Colure, has been carefully cultivated over the past five years. The pair met for late night recording sessions, in Ibiza and LA, during rare crossed paths amidst busy schedules, and traded parts between their respective studios in LA (RY X) and Berlin (Frank). On Colure they wanted to pick up where they’d left off with their last record and distill the core ingredients to make this record even better. “We wanted people to know, ‘This is a Howling track’, Wiedemann says. From the introspective, bass-driven ‘Bind’, to the delicate piano in ‘The Water’ (a different version of this track features on RY X’s 2019 solo album Unfurl), and the steady-built euphoria of ‘Phases’ (previously supported by XLR8R and Resident Advisor upon its 2017 single release), the minutely-realised songwriting and production across each track are what tie these records together to create a stunning album.

The album title gestures to their binary relationship. “Colure” refers to the point, in astronomy, where two celestial poles are aligned. Echoed in the album artwork, and in the production around their new live show, it mirrors the two contrasting poles which each of them occupies. “This project is a lot about how we come together”, RY X says. “It’s the idea”, concurs Frank, “that we’re two different planets, in our own orbit, but which meet when we come together to make music.”

Both Frank and RY X often use the word “magic” when describing their productions, their live performances, and the project as a whole. And for good reason: there’s a special sense of happenstance and symbiosis to everything surrounding Howling, from the way they met (over a Skype video chat with a mutual friend, having no knowledge of each other’s music), to their first project (a sketch that became an unintentional hit), to their first live performances.